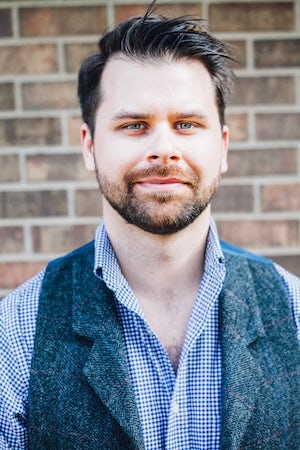 Michael T. McRay is a writer, facilitator, and storyteller, and the author of two previous books: Where the River Bends and Letters from Apartheid Street. He is the Southeast regional manager for the global story nonprofit Narrative 4. He founded and hosts the public storytelling night Tenx9 Nashville, and occasionally lectures at Lipscomb University. McRay has a master’s degree in conflict resolution and reconciliation from Trinity College Dublin’s Belfast campus. He has spoken in New York City, Seattle, Fort Worth, Malibu, Nashville, Belfast, and more, and he leads narrative retreats and speaks on story, conflict, reconciliation, and forgiveness. McRay lives in Nashville with his wife, Brittany, and their two terriers, Charlie and Lily. Connect with him @michaeltmcray or at MichaelMcRay.com.