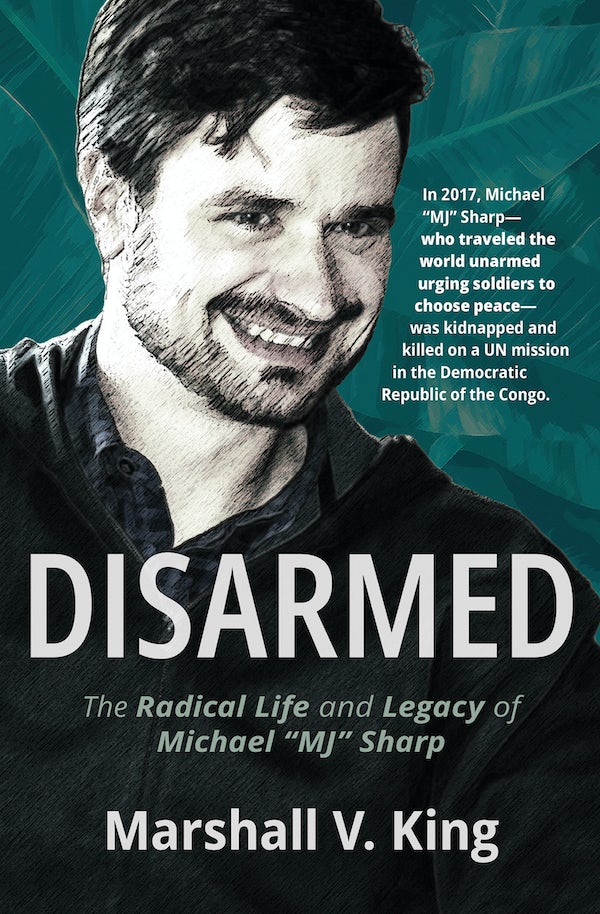 A powerful story of one man’s radical commitment to peacemaking.

Michael “MJ” Sharp was a modern Mennonite armed with wit and intellect, but not a gun. The son of a Mennonite pastor, he demonstrated a gift for listening and persuading early in life. His efforts to approach others with acknowledgement rather than judgement gave him the ability to connect on a level very few managed. He also honed a deep commitment to peace, and after college he joined the Mennonite Mission Network and moved to Germany, where he persuaded soldiers to choose peace and free them of their violent systems.

At 34 years old, MJ was working for the United Nations Group of Experts in the Democratic Republic of the Congo—urging rebels to lay down their weapons—when he was murdered, likely assassinated alongside his colleague Zaida Catalán by those with government ties. This compelling account of MJ’s life, death, and legacy from longtime journalist Marshall V. King explores what compelled Sharp to travel the world working for peace and the ongoing impact of his life and death in the ongoing story of Christian peacemaking in a war-torn world.