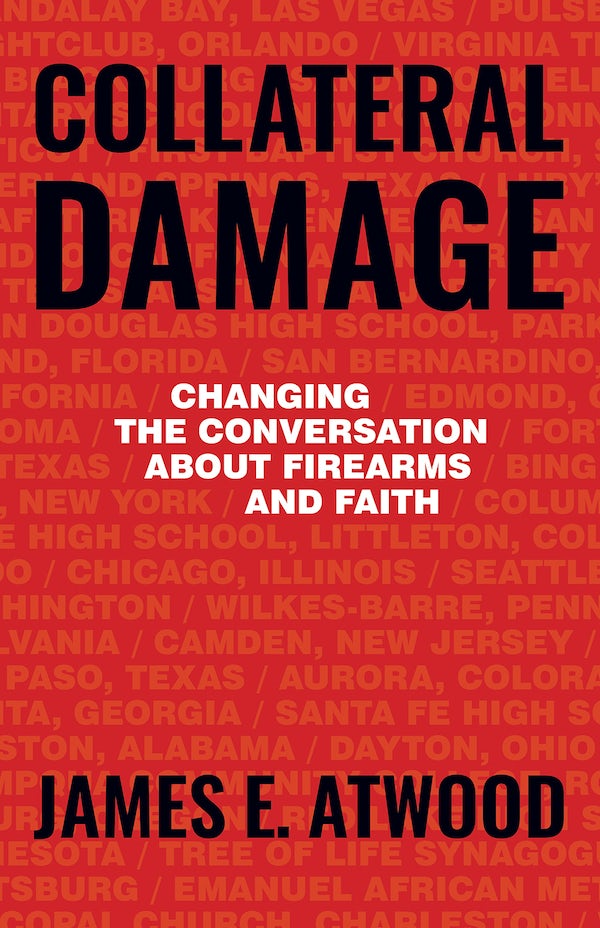 One hundred people die from gun violence every day in the United States. Some fifty children and teens are shot. There are more than 35,000 gun-related deaths every year. Yet many Christians say gun violence shouldn’t be talked about in church.

In Collateral Damage, pastor and activist James E. Atwood issues an urgent call to action to Christians to work together to stop gun violence. An avid hunter for many years, Atwood enumerates the tragic and far-reaching costs that accrue in a country with more guns than people. Collateral damage includes a generalized fear and loss of trust. Suicides and homicides. Trauma for children in neighborhoods plagued by gun violence and in schools with frequent lockdown drills. A toxic machismo that shapes our boys and men in unhealthy ways. Economic costs that exceed $229 billion per year. Atwood also considers the deeper story of racism, inequality, and mass incarceration in which the conversation about gun violence is lodged.

Gun violence has been called the theological emergency of our time. The church has a moral and spiritual obligation to side with life against death. Will we rise to the occasion?

1 Not in the Stats: The Side Effect of 393 Million Guns
2 Slogans We Die By: Nine Myths about Guns
3 “In This Game for Keeps”: A Short History of Gundamentalism
4 Fear and Incivility: Living in a Nation with More Guns Than People
5 Not Just for Soldiers: PTSD, Suicide, and the Epidemic of Despair
6 Our Teachers’ Arms: Guns in Public Spaces
7 Count the Cost: The Economic Toll of Gun Violence
8 Whose Law and Order? The Interface of Guns, Racism, and Poverty
9 Come to the Light: Exposing Falsehoods, Advocating for Truth
10 Show Love, Demand Justice: Some Modest Proposals for Change
11 Finding Hope: Working toward God’s Peaceful Tomorrow