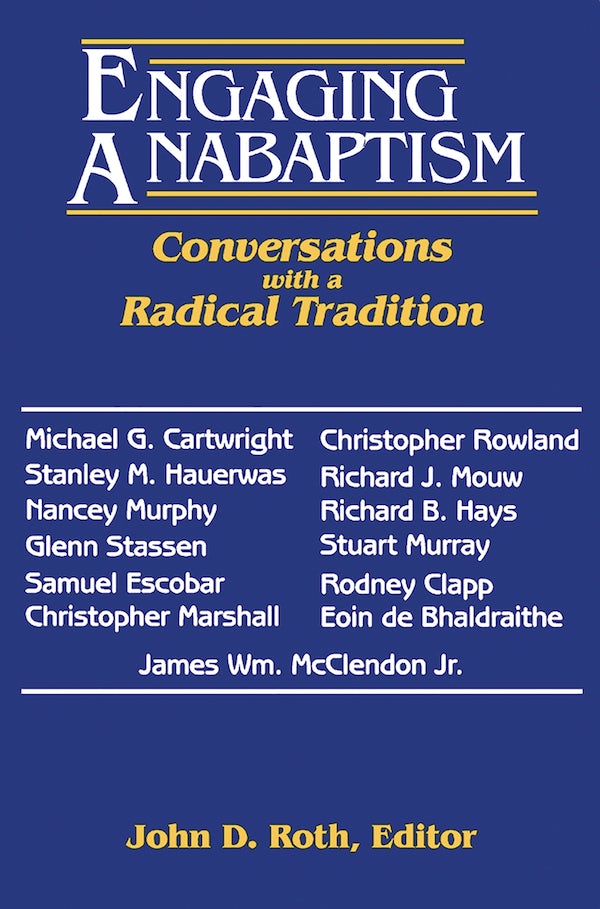 Richard Mouw, Nancey Murphy, Samuel Escobar, Stanley Hauerwas, James W. McClendon, Stuart Murray along with nine other Protestant or Catholic scholars reflect on how their understandings of the Christian faith have been shaped by their encounter with the Anabaptist-Mennonite tradition.

Written in an engaging, autobiographical style, the essays balance commendations with incisive critique, providing a good reference for anyone who wants to know what is being said and thought of the Anabaptist tradition by what one of the authors calls the "hyphenated Anabaptists."